When I read that there were 6,912 known languages, my mind immediately raced down the alphabet:


Of course, French also fit at F, Icelandic was a worthy I, and Czech was an obvious runner up for C.

B had briefly stumped me. But then, just when Bangla came to mind, so did Bantu.

“Bantu: A group of over 400 closely related languages in a family
that includes Swahili and Zulu.”

Were I a lazy cheat, I might simply have pulled up the full list of the Bantu languages. But I was invested in the intellectual challenge of pondering my way to Z, certain, though, that I now knew how my alphabetic romp would end.

That number–of–languages article was something that I had squirreled away years ago in a hanging file I labeled “Numbers of Things.” I’ve collected references to large numbers for decades, the way others collect Hummel figures and baseball cards. Any time I encountered a large number, I’d pop it into that file.

Such numbers, I thought, would add heft to my writing.

I’m sure my obsession with big numbers––and my absolute faith in their value––started in Miss Mills’s third-grade classroom. She drilled us mercilessly:

The sun is 93 million miles from earth.
The boundaries of Pennsylvania enclose 44,800 square miles.

We kids were made to understand that our very existences hung on our ability to imbibe and later regurgitate big numbers, encyclopedic facts, and random factoids.

But, really. What can we truly grasp of staggering numbers?

A children’s author attempted to address this in his book How Much is a Million?

He wrote: “Set aside 23 days and nights if you want to count from one to one million at a rate of 2 seconds per number. For a billion, allow 95 years. For a trillion, reserve 200,000 years.”

We have a clear sense of 23 days, though not what it would mean to do something every two seconds during that entire period. Furthermore, the shift up to the next order of magnitude, and the next, is completely incomprehensible.

I began to think that one might better grasp the numbers of things and the language of numbers through extrapolation. So, on a late afternoon walk, I decided to count “things” for one hour.

189 birds soared above me, though I can’t confirm that one or more of them didn’t fly by and then circle back, just to mess up my data collection.

6 bobcats. Not the self-propelled ones of Mother Nature but those compact, toy-like tractors that dot neighborhoods like mine that are undergoing McMansionization.

Their leaves: out of the question.

And forget about enumerating blades of grass.

That Miss Mills! She so misled me and the other kids. She said the big numbers were vital. But, honestly, they tell us nothing.

It’s the munching bunnies, the cruising birds, the smell of new-mown grass, and the presence of the bobcats that give us insights. They show us what we can actually know about the nature of our world. 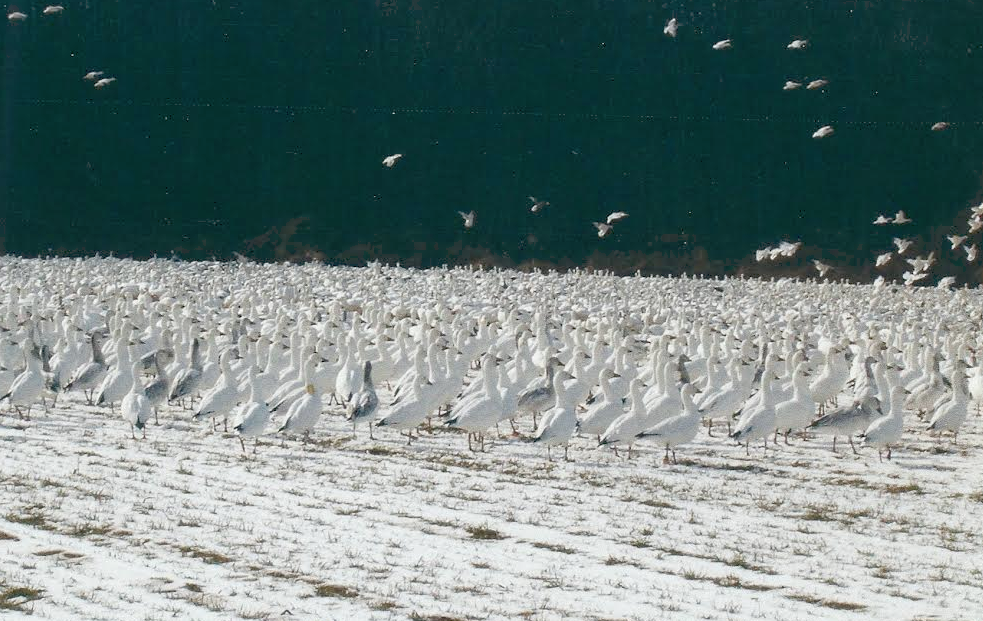 Countless snowbirds at Middle Creek Nature Preserve.  February, 2005.
Posted by Unknown at 8:10 AM No comments:


Certain facts about the human body are common knowledge.

Everyone knows, for example, that blood streams through a closed system of tubes not unlike garden hoses—the largest: an inch in diameter; others: so narrow that blood cells actually parade through in single file.

And, everyone knows that the blood’s circulation is powered by a remarkable pump called the heart.

But what about that other fluid—lymph—the stuff we mostly know about when our doctor palpates our neck and says, “you have swollen glands.”

Have you ever seen a neat diagram of that fluid circulating through the body? No. You haven’t. Lymph does not literally circulate. You might have seen a crazy lymph “drainage” diagram, though.

Lymph flows the way land-based tributaries do when they carry water, fish, and debris from the tiniest brooks to bigger creeks to rivers and then out to the sea. Lymph’s “sea” is the bloodstream.

Consider tissues, say, in your arm. There, and all over your body, something called “interstitial fluid” bathes and nourishes cells and carries away debris.

Thin, microscopic capillaries lying throughout the arm tissue continuously suck up interstitial fluid. Upon entering the capillaries, this fluid acquires the name lymph.

The lymph then begins its inexorable journey toward the heart. It moves from those straw-like capillaries to larger lymph trunks and then to even wider lymph ducts that dump it into the bloodstream at great veins near the collarbone.

That’s where lymph’s independent existence ends. At that point, it becomes an integral part of the blood.
At various sites throughout the body—in the neck, armpits, chest, gut—lymph encounters small glands, called lymph nodes, as well as larger lymphatic organs, the most famous of which is the spleen.

As lymph percolates through these organs and nodes, the bacteria, pollen, cancer cells, and cellular waste products that it has swept up along the way get mechanically filtered out and then physically destroyed by cells and antibodies of the immune system.

Swollen glands may hurt like crazy during bouts with viruses, but that swelling is a good sign, indicating that the immune system is in an active battle against the infection.
Swelling in tissues, though, is not salutary. That swelling is a signal that something has gone haywire with the uptake and recycling of the interstitial fluid.
Many years ago, my father’s secretary went to her doctor, because one of her hands was twice the size of the other.

“How long have you been wearing these bracelets?” the doctor asked her, pointing to the silver, gold, and platinum bracelets stacked tightly on her left arm from wrist to elbow.

“Thirty years,” she said. She had put them on when she was 25, and she had left them there.

The doctor concluded that her bangles had essentially stopped normal fluid communication between that hand and the rest of her body.

But now I can’t remember whether the hand with the bracelets was the big one or the little one.

I suppose that either possibility makes sense. If the bracelets had been cutting off lymph drainage, then her compromised hand would have been the bigger, swollen one. If they had cut off blood circulation, though, then her hand had probably atrophied, denying it essential oxygen and nutrients.

Although I mentioned that blood circulates through a closed system, that is only true for the cells and proteins that it transports. Ninety percent of its fluids move back and forth between the bloodstream (where the fluid component is called plasma) and the body’s tissues (interstitial fluid). The other ten percent travels through the lymph system, moving like a meandering river along what might be referred to, by analogy, as “the splenic route.”

Posted by Unknown at 8:08 AM No comments:


I am a napping authority.


But, trust me, for a transcendent nap, nothing beats curling up under a puffy, white, down duvet. 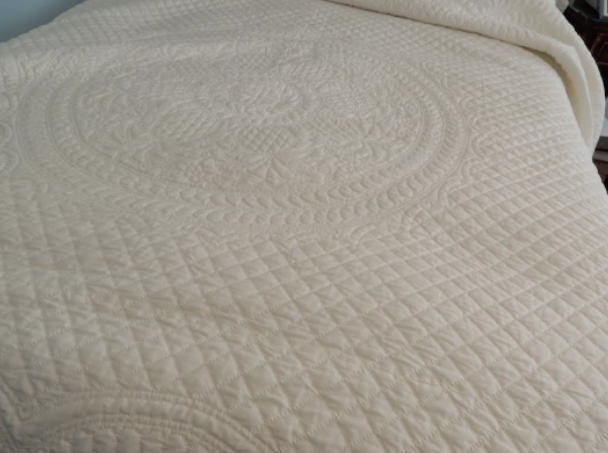 I was once blasé about naps. But then sleep’s transformative qualities struck me.


Take “power naps,” the godsend of type-A individuals. You sit in a straight-backed chair, lean forward, forearms on knees, hands cupped together cradling a bunch of keys.


You doze off. Your hands relax and separate. The keys crash to the floor.


Voilà! The clatter wakes you up … fully renewed.
How miraculous that just seconds of unconsciousness can completely recharge your drained, sluggish body.


Equally baffling, but for different reasons, is “extreme napping.”

I once heard a story about a woman who “napped” for 14 consecutive years, then suddenly woke up, and functioned fine for the rest of her long life. (She lived to be 98 years old.)

The sleeper had been a graduate student in psychology. She had been on a seaside holiday with friends, had returned home feeling sick and unsteady, had crawled into her bed, and then didn’t wake up for six thousand days.

What triggered her awakening was hearing two nurses misinterpreting one of Freud’s theories. Her brain was “offended” by the mistake, said the storyteller, and the sleeper had sat bolt upright and said, “That’s not at all what Freud meant.”

What could her brain possibly have been doing during that deep sleep, that time on “pause?” (I spent decades researching her story and eventually wrote a book about the sleeper’s remarkable experience.*)

I continue to do “sleep research” most afternoons. That is, I lie down and see what happens. Ten minutes, forty minutes, three hours. No matter the length, I always wake up recharged. How is this possible?

My brain has shared with me the same insights about its renewal mechanism that Richard Selzer writes about in discussing his 23-day period of unconsciousness as a result of Legionnaire’s disease (his book is titled Raising the Dead). “The truth?” he confesses. “I don’t remember a darn thing.”